Why Men Pull Away Or Withdraw

You know that feeling in the pit of your stomach that something isn’t right?

Maybe your guy isn’t responding as much lately. Maybe he only answers questions with a single word or in a flat tone of voice. 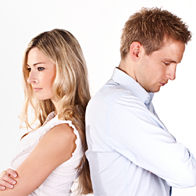 Either way, you know that at least mentally he isn’t right there with you. He seems to be spaced out or elsewhere in time. You can feel him pulling away from you and you would give anything to break through his shell and have his attention back.

It’s tough when the person you love seems to be withdrawing into a private world that you are not a part of. You don’t know what to do and every attempt you make only seems to make the situation worse.

Believe it or not, withdrawing and pulling away is more often than not a completely natural process for men that has nothing to do with you personally.

When a guy withdraws and starts to shut down a bit, it’s usually a common reaction to something else going on in his life.

A man can withdraw and pull away at any stage of a relationship. Whether you are just starting to date and test the waters with each other or if you are living together and have a solid, long-term relationship, a man will withdraw at some point.

Women tend to talk about their emotions, how a situation makes them feel, and what it means to them personally. Men are the exact opposite.

I’m about to reveal to you exactly why men pull away and what to do when you feel your own man withdrawing. Understanding how men think will put your mind at ease and save you a lot of stress and potential mistakes most women make when a man withdraws.

The number one mistake that women make when they feel their man pull away is to chase after him.

It seems perfectly logical to ask him what’s wrong, what you can do to help, and stick around trying to fix his mood.

However, the only purpose this serves is to push him further away from you and cause him to withdraw even more.

Of course this is going to set off a panic button in you. You start to fear that it has something to do with you and begin worrying about every little thing that you could’ve done wrong to cause him to act this way.

If this goes on long enough, you end up developing a sense of insecurity that will eventually break your entire relationship. Instead of letting the situation take its natural course, your fears get in the way and you end up sabotaging yourself.

The fact of the matter is that men are hardwired to withdraw when they are dealing with an issue or an obstacle in life. Having a one-track mind, a man finds it much easier to simply remove himself from all distractions so that he can concentrate on finding a solution.

This may mean pulling away from you, spending time alone, and appearing to be moody and quiet. It’s simply his way of dealing with an issue away from everything else in his life that requires attention.

Of course he doesn’t mean to hurt you when he does this. In fact, he is most likely unaware that you are taking it personally.

Withdrawing like this comes so naturally to men that they don’t understand that you see it as a warning sign or that you view it as something to be concerned about in the relationship.

It all boils down to how men and women tackle problems differently from each other. 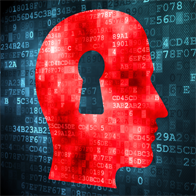 Women tend to talk about their emotions, how a situation makes them feel, and what it means to them personally. They find comfort and solace in talking about their problems with others to gain perspective and solutions.

Men are the exact opposite. They withdraw into themselves so that they can concentrate on the issue at hand and find a solution on their own.

Biologically men are born to be problem solvers so they naturally try to resolve issues on their own, hence pulling away from everything that might distract them (including you).

Another reason men pull away is because they simply need space and time to wind down. They don’t find it easy to jump from one thing to another like women can.

When a man comes home from work he might just want to sit down and relax for a bit before getting into another activity or talking about his day. His brain needs time to wind down before it can start up on something else.

So when you verbally jump on him immediately or pepper him with questions, it actually overloads his brain and his emotions. He ends up withdrawing and shutting down until he’s had time to cool down.

At the time it may feel like it’s personal against you but it’s only because you didn’t understand why he acts like this. It’s not that he doesn’t want to talk to you or be with you. He simply needs a bit of transition time from one activity to the next.

A man will also begin pulling away when he feels like his freedom is being taken away.

You might think, “What freedom is he afraid of losing? He’s free to do whatever he wants.”

What I mean by this is that men need space and time to themselves and at least the sense that they can do what they want. While he is fully committed to you and the relationship, he also needs his freedom and breathing room.

When a man feels like he’s being pushed or smothered he will pull back and take some time to himself. This happens when you make a man your #1 priority in life and put the relationship first above anything else.

He starts to feel obligated to put in the same massive amount of effort into it that you do and it overwhelms him. It creates a burden on him that he is not prepared to shoulder so he ends up backing off to escape from it for a bit.

No matter how you slice it, men need their space and they are going to get it one way or another. If you chase after him and try to pin him down he will only slip out from under your grasp.

The good news is that allowing a man to have that freedom and space will make your bond stronger. When he knows that you aren’t going to panic and come running after him actually takes less time away from you.

He knows that he can come back to you and the relationship and find you happy and fulfilled instead of insecure and needy. But the more you push and chase after him, the further he will withdraw and the longer he will take to come back to you.

As you can see, men withdraw because of a natural need to do so and there’s no reason to panic.

Understanding this phenomenon and letting your man work out his issues on his own and having his space will have him coming back to you in no time.