Why Do Men Lie?

Lying and men. Depending on your own experiences these two things may seem to go together as naturally as peanut butter and jelly in a sandwich.

I can guarantee that at some point in your life you have been lied to. Everyone has. And unless you’re a perfect saint, you have also told a lie (or two) at one time or another. 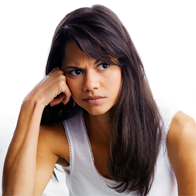 Being lied to can feel like one of the most devastating things ever. You feel betrayed. You feel let down. And you might even feel like a chump for being so trusting.

When you get lied to over and over again you tend to put a wall up to try and protect yourself. You start looking at everything with suspicion and lie in wait to discover the next lie that’s been told to you.

A man finds it very hard to prove himself to you when you have a “guilty until proven innocent” mentality about honesty and lying.

So why do men lie then? Why do they put you through the wringer like that when they know how badly they can and do hurt you with it?

Well, a lot of women would like to easily dismiss it with an answer like, “All men are liars. All men are pigs.” While that may be true for a very tiny handful of them, it’s not the answer for the vast majority of men.

Men (and people in general) lie for a number of reasons but the following are a couple of explanations as to why a man would lie to you. Lying is not exclusive to men. Women lie just as much. Men do not have a monopoly on lying, especially in relationships. 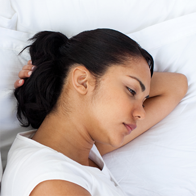 Let me also make it clear that I am not excusing or supporting the behavior of lying. I simply want to provide you with some insight so that you don’t feel so confused and blindsided if and when you find out that it has happened to you.

1.)    Men Lie Because They Want To Impress You

This is one of the most common reasons a man will lie to you whether it’s a little white lie or a big one. He might casually stretch the truth a bit or he might weave an entire web of lies to put out a different image of himself.

No matter how you slice it, men will always try to impress you and win your affections even if that means some of them will go the length of lying to beat out the competition.

Sometimes they feel the need to fluff themselves up a bit because they fear you won’t like them as they are or compared to other men.

At first this might seem endearing in an “Aw, shucks. You didn’t have to pretend to be someone you’re not. I like you just the way you are” kind of way. However, it’s not ok and if the lie is big enough, it’s going to come back to bite him in the butt later on down the road.

You can almost think of it like padding a résumé. If you really wanted a job, you might fudge the information a bit to make it look like you had more responsibility than you did at your old job.

You might make it appear that you can handle the tasks of the job you are applying for. However, once you get hired, it soon becomes clear that you don’t actually have the skills that you claimed to have.

Even though it came from a place of simply really wanting that job, it ultimately cost you the very thing you were after.

Another way to look at it (and prove it’s not just men who lie), women often fib about liking sports or rooting for a particular team.

Yes, I know that a lot of women like sports and they’re not just a “dude” activity, but bear with me here a moment.

Although they have absolutely no knowledge of a guy’s favorite sport, they pretend like they do in the hopes that the guy will like them more.
That is until he starts rattling off statistics and asking the woman what she thought of the winning goal in last night’s game. Uh-oh. Caught red-handed.

Men also lie to avoid tarnishing their reputation with you. If you’ve gone a long way towards getting to know each other, he doesn’t want to wreck your perception of him by being truthful about something that could change your views.

As selfish as it is, he is trying to protect the good image that he’s worked so hard to build up with you. And so he decides that it is worth it to lie to you in order to keep that image intact.

At first glance this may seem like he’s doing the exact opposite by lying to you. After all, if he knows that you are going to be upset if you find out that he is lying, why does he bother to do it in the first place?

Well the short, simple answer is that he is trying to minimize the damage. He wants to avoid hurting you (at all or further) at all costs which may include lying to you.

This happens a lot when a man gets trained to avoid blow outs. If he knows that you are going to have a meltdown or start crying at every negative thing, why not just skip around the whole issue with a quick, easy lie?

It’s not honorable but if it’s what he is used to, and it works, then it’s what he will continue to do. You are essentially training him to lie because you react to the truth negatively.

So then he feels that he has no choice but to lie in order to avoid any further negativity. 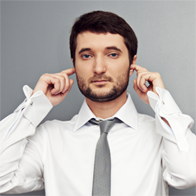 Now, before you start yelling at me for suggesting that women are unstable, emotional wrecks, please hear me out on this one.

When I say that men aren’t sure how you’ll react I mean that they literally cannot predict your mood or how you will take something at a given point in time versus another time.

It’s not that women are emotionally unstable. It’s simply that you have the ability to go from one extreme emotion to the next. Men are incapable of such “mood swings” (for lack of a better word).

They can’t go from sad to happy in a couple of minutes. It takes them a while to switch over from one emotion to the next.

Watching you roll through emotions that quickly is like watching a rapper spit out a really fast chunk of lyrics. A man can barely bop his head in rhythm let alone grasp the lyrics as they fly by. He’s still stuck trying to figure out the first line of the song that he heard.

His emotions are more like a soft country rock song. It takes a while for the tune to change for him.

So you can see how he might be hesitant to say something that would unleash a flood of your emotions on him even if they’re totally justified.

So what can you do about it? Just like anything with men (or dogs), you should reward good behavior.

In this case, the good behavior is telling the truth and not trying to hide things from you.

Men are actually a lot like dogs in the sense of getting them to repeat the good behavior you want. If you want him to tell the truth, he can’t feel that he is going to be punished for it or “swatted on the nose with a newspaper”.

I know that it’s not your job to make sure he follows a basic virtue but you can help encourage him to tell the truth more often by letting him know how much you appreciate it.

When he feels like he is safe to voice his opinion or tell you what really happened without starting World War III then you will see him begin to open up and be more truthful with you.

All he needs is a little encouragement that telling you the truth is a good thing and he will begin to be truthful more often than not.