Why A Guy Doesn’t Text Back

Texting has become such a significant part of dating and communicating that it sometimes ends up becoming a much bigger deal than it really is.

One question I hear from women all the time is “Why doesn’t he text me back? What did I do wrong?” 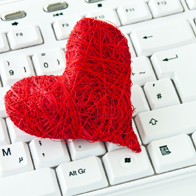 It can be frustrating to feel like everything is going well until the texting with a guy you like slows down or sometimes stops completely. You wonder what grave error you committed and start imagining wild scenarios, getting more worried with every hour that goes by.

Before you know it, you are focusing more on responses to texts than anything else going on around you in your life. You become so consumed with the back and forth of communication that you lose sight of the bigger picture.

I’m going to let you in on a little secret about men that will not only put your mind at ease but also put you a step ahead of most women when getting a guy to text you back.

The bottom line is that men and women view communication in different ways.

Just like most differences between the genders, misunderstandings occur when you are unaware of why men do what they do.

That’s ok though! A lot of women don’t understand why men have such a difficult time with communication.

It’s not something that is naturally taught or that you will eventually figure out on your own. Sometimes you simply need a little peek into a man’s mind to see what’s really going on in there.

The fact of the matter is that men just don’t place a high priority on texting. They tend to see it as a waste of time and a distraction when it happens to frequently.

That doesn’t mean that the guy you like doesn’t want to talk to you. But he would much rather communicate with you in person than over a couple of digital words.

Every time his phone dings with a new text message, he has to tear his attention away from whatever he is currently doing. With every new message he now has to read what you wrote and write up a response.

Ding! Now there’s another message from you just a minute later.

Believe it or not, men are not that good at multitasking. They usually focus on one thing at a time until it gets done. So even if he has his phone on him at all times, that doesn’t mean he can easily text you back within 5 minutes.

You won’t always know what he is up to and to expect him to constantly drop what he is doing in order to respond to you is selfish and will start to feel like a burden on him.

As much as he likes you, talking to you now feels like a chore and something that is expected of him and not something to be appreciated.

I understand that it’s easy to take this as a sign that he doesn’t like you. After all, if he likes you he would want to talk to you, right?

Like I said before, men simply don’t understand the importance that women place on forms of communication that don’t take place in person.

When you read into every little thing, like not getting a quick response back, you begin what is called a “self-fulfilling prophecy”. What this means is that if you assume something, it has a higher chance of happening.

Let me put it this way. If you start to assume that a guy doesn’t like you, you end up acting in ways that will cause him to not like you.

You worry that you are doing something wrong or that you aren’t good enough so you overcompensate or act out of desperation in the hope of making him like you.

Meanwhile, he actually really does like you but your new behavior and attempts at getting his approval end up driving him away. You aren’t acting like yourself, the real version of you that he first got to know and like.

Relying on text messages to show you whether a guy likes you or not is a common path to creating a negative self-fulfilling prophecy. You cannot use texting as an indicator of like or dislike. 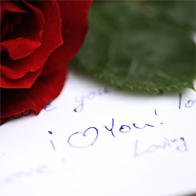 When you allow your emotions to be controlled by factors like texting, you hand over control and power to other people. If you expect to get a quick text back or a response to every message you send, you will end up being disappointed when that doesn’t happen.

But you can make the choice to not react negatively. You know now that when a guy doesn’t text you back immediately, it simply may mean that he is currently busy with something else and will get back to you when he gets a free moment.

It doesn’t mean that he doesn’t like you. He simply has something else going on that he needs to finish first. Then he will be able to give his attention to you and text back.

The best thing that you can do for yourself and the sake of any future relationship is to simply assume that a guy likes you. This may sound weird but think of it as attracting positive energy towards yourself.

You can either focus on texting and assuming he doesn’t like you or you can let go, assume that he does like you, and focus on the quality of time that you spend with him.

The moment that you allow texting to take control of things, you lose focus on your own life and become consumed with a form of communication that really doesn’t matter in the big picture of things.

You should always have something else going on in your life so that you aren’t sitting by your phone waiting for a reply all the time.

Having a fun, supportive group of friends, hobbies and activities that you enjoy, and anything that you can focus your time and energy on are all things that will give you a filling life.

While it’s great to feel those butterflies and heart pounding excitement when the guy you like messages you, it should never be the one and only thing you look forward to in your day.

It might help to think of text messages like sprinkles on a cupcake. The whole cake is your relationship with the guy you like while text messages are the sprinkles on top. They’re a little bit of extra sweetness but you can also enjoy the cupcake without them.

The next time you find yourself getting wrapped up in texting with a guy, simply take a step back and breathe. Remind yourself that it doesn’t spell doom if he takes a little longer (or even a lot longer) to answer you back.

Just keep assuming the best that he likes you for you and don’t take it the whole texting thing so personally.