How To Capture His Attention

Have you ever wondered why men go after certain women? Why they are attracted to one woman over another even though it doesn’t appear that there is anything special about her? 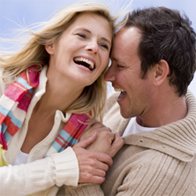 It can be mind-boggling and especially frustrating if the man you want passes you over for another women who doesn’t even appear to be trying. It feels unfair and you feel like you’re at a complete loss on how to capture his attention.

You dress up nice, you make an effort, and it seems that no matter what you do it’s just not clicking. The man you are interested in just doesn’t appear to return your feelings. He may be polite enough but there’s no spark, no enthusiasm when he speaks to you.

How do you become the woman that acts like a magnet and attract any man in the room? It’s actually so simple you won’t believe it’s not a magic trick or some gimmick.

Many women jump through hoops and focus on the completely wrong things to capture a man’s attention when in reality you really don’t have to even do anything.

It all comes down to your attitude and your perspective on life.

This may sound too simple and silly but allow me to explain.

You see, your perspective on life and how you react to it is extremely important in how other people perceive you. Your attitude on a day-to-day basis is more important than you may think.

It influences your actions, how you speak, what kinds of things you talk about, how you interact with other people, and how other people see you.

People (and men specifically) are naturally drawn to happy, smiling, vibrant people. They have an energy about them that draws you in like a moth to a light bulb.

When a man decides to pursue one woman over another there is almost always a factor of personality involved, at least when it comes to pursuing her seriously and for the long-term.

While men may be attracted to looks before anything else, they don’t sustain a relationship or hold a man’s interest for too long.

For example, you can have a gorgeous model on one side of the room and on the other side stands a woman who would be considered average in terms of physical attraction. A man will initially be attracted to the model just on looks alone but if her attitude is negative, he won’t waste much time on her.

He will probably try to get her into bed at least but past that he will have no interest in carrying on a conversation with her or having a long-term relationship.

On the other hand, the “average” woman on the other side of the room is surrounded by men. She is laughing, smiling, and seems to be the life of the party.

Men flock to her because they all want to experience the glow of warmth she seems to put out so naturally. Even though she can’t compete with the model in terms of looks, she’s beating her by a mile simply because of her attitude.

When you put out that kind of attitude, you will automatically attract men without jumping through hoops, caking on makeup, or dressing like you’re on your way out to a nightclub in the middle of the day.

A lot of women simply don’t know or understand how important their attitude is when it comes to attracting men.

It makes all the difference to turn a frown into a smile, stop complaining about everything wrong in your life, and let go of your worries and insecurities.

You may be saying, “Well, that’s easier said than done.” But it IS quite easy.

It’s simply a matter of making some shifts in your thought process.

Once you stop wallowing in negativity and start focusing on the bright side you will notice positive changes in the way people perceive you and how men are attracted and interact with you.

Positive feeds into more positivity. All you need is to start with a little bit and it will begin to snowball and increase until it’s as natural as breathing.

The ideal woman for men is one who lights up a room simply with her energy. She may not be the most beautiful, most successful, or sexiest woman in the room, but her attitude is what makes her unique and makes them want to be around her.

You want to walk into a room and bring that energizing aura with you. If the party isn’t lively or people around you are downers, you don’t allow that to bring you down.

You overcome negativity because you naturally believe in the vibrancy of life.

Now, I’m not saying that you have to be Mary Sunshine and fake happiness 24/7. We all have our bad days and times when it’s a real strain to put on a smile and be happy.

But your ability to overcome those bad days and negative times is what will ultimately attract men to you.

I guarantee that if you continue to focus on your fears, insecurities, and worries, you will never attract the attention of the man you want. No one wants to come to your rescue and save you from all of your negativity.

Men will simply take a wide step around you in order to get to the woman in the room who is radiating with positive energy and who appears happy simply to be alive. There is no quicker turnoff for a man than to realize a woman has a negative attitude.

Standing around pouting, showing off negative body language like crossing your arms, and expecting men to simply come to you will not get you the results you want.

It’s almost like shopping for a puppy. You don’t want the one sitting in a corner, snapping at all of the others. You want the one that is wagging its tail and falling all over itself to come at you and smother you in dog kisses.

You want the puppy that is energetic and eager to be around you and you might even need to fight off another interested party that wants it too which brings me to my next point.

The best part about attracting men with your attitude is that it starts a competition among them. They all expect to compete with each other over the most beautiful woman in the room.

Men can’t help but be competitive with each other and snagging the gorgeous model in the corner would be a “win” for the man who can accomplish it.

But what if the model is being ignored because the men in the room are starting to gravitate towards you and your positive energy? Other men are going to pick their heads up and wonder what is going on.

They ask themselves, “Why is she surrounded by all of these other guys? It looks like they’re having a great time, laughing and smiling. I have to go check this out for myself.”

Before you know it, you’re surrounded by the men in the room who are all attracted to your attitude and are now competing with each other to be the one that wins you over.

They can’t help it. Like I said before, looks only get you so far. Sure they can get your foot in the door with a man but they aren’t what makes that connection click and makes a man say, “Wow, this woman is fantastic. I want to stick around and enjoy her company more.”

Be the woman who has a smile on her face and lights up the people around her. You will soon find yourself surrounded by more men than you know what to do with.